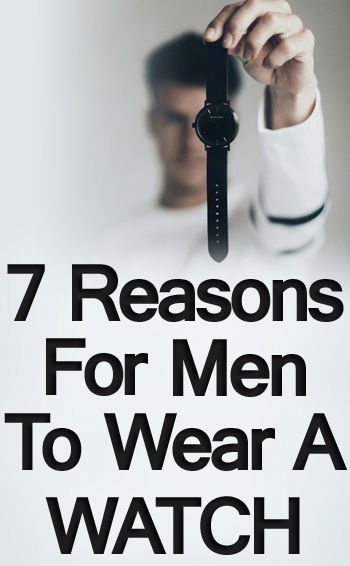 The synchronized watches on the officers’ wrists pointed to the fatal second that was planned for the attack.

The guns lifted in unison and bullets rained down.

The company officers signaled with their whistles as men rose from the trenches and rushed forward.

Another attack timed to perfection.

It was during World War I – soldiers tired of fishing around their pockets to find the ubiquitous pocket watch started wearing it on a bracelet on their wrists.

Until then, a watch worn on a bracelet was considered strictly women’s fashion.

Initially ridiculed by the public as a silly trend – wrist watches soon became the norm as their practicality made pocket watches obsolete.

Some might argue that wrist watches are slowly becoming obsolete.

Why should a modern man wear a wrist watch when he could easily consult his phone for a quick time-check?

Well, in this article I give you 7 reasons EVERY man should start to wear a watch! 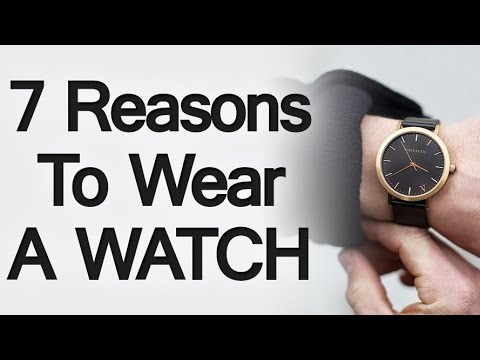 Below are my 7 reasons EVERY man should start to wear a watch.

A wrist watch is the most convenient way to tell the time.

I don’t need a watch because I have a phone, is a common response from a generation who are now questioning the adverse effects of constant cellphone use. Fishing for a cell phone on regular occasions just to check the time looks desperate. 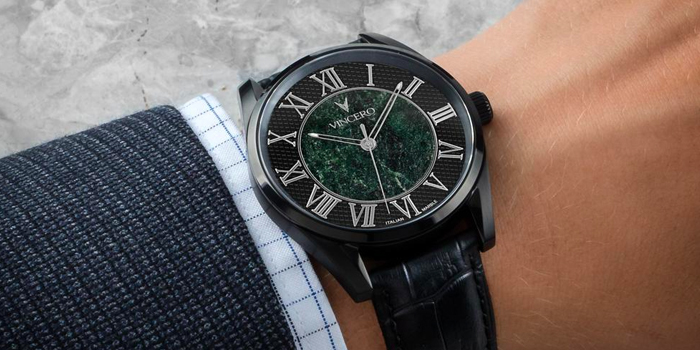 A quick glance towards your wrist is a much classier way to keep tabs on time during a date or a meeting. Not to mention how rude it would seem to your companions if you pulled out your phone during a conversation.

On other occasions where it’s advisable to leave the phone concealed – like the beach, a funeral, a wedding, a watch is a much more subtle and convenient way to check time.

Any item inspired by the military has a functional use. Wrist watches included.

Wrist watches were first used in the 19th century by the military to synchronize maneuvers during war. Since then, specialized watches have been used in the depths of the ocean by divers and high up in the sky by aviators.

One of the big advantages of a watch – especially over a smartphone – is how long it can operate in the field.  Many watches are made to either be self powered through motion or use a small amount of energy from a battery.  Think years of maintenance free time telling…..compare that to a smart phone’s 8 hours! 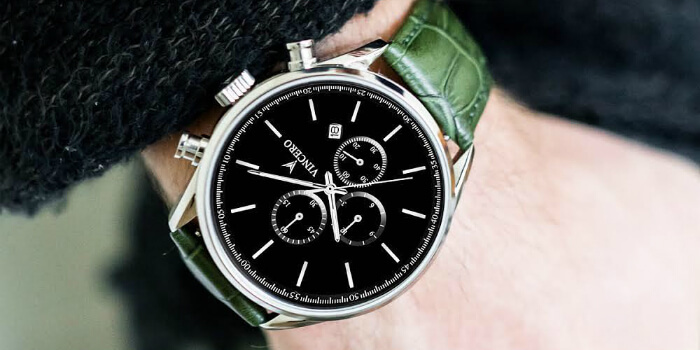 Click here to grab this Chrono S watch from Vincero.

A complicated watch is designed with features beyond the basic function of displaying the time and date. Such a functionality is called a complication. Two of the popular complications are the chronograph, which allows the watch to function as a stopwatch and the moonphase complication, which displays the lunar phase.

The best watches don’t use the latest technology. They are powered by ingenious mechanical clockwork technology that predates electricity. So when your cellphone runs out of battery – you can trust the technology that keeps running on your wrist.

When you wear a watch – it’s less likely you will fall back on your phone as a distraction. Often, checking the phone for time results in a rabbit-trail of activities including checking every messenger app, email and Facebook.

The range of acceptable jewelry for a man is limited. Many men are only going to be seen with three main accessories decorating their hands – a nice watch, a stylish pair of cuff links, and a simple wedding band if they’re married.

In addition to helping wearers stick to their schedules, wristwatches make it easier for them to display their sense of style. They are a form of self-expression – reflecting a hint of danger, adventure and sports depending on the make of the watch. 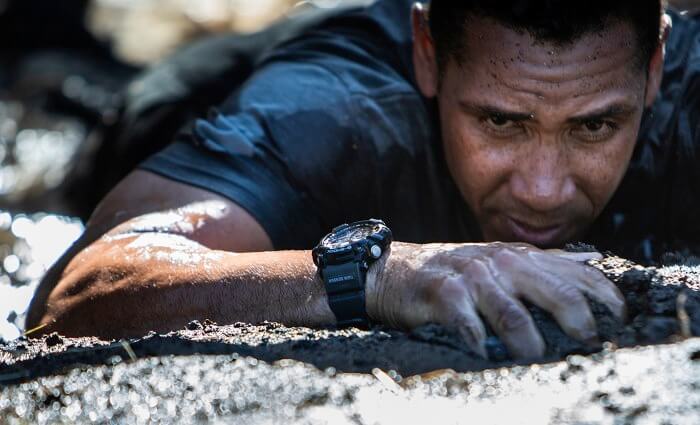 Watches can communicate a lot about the wearer’s personality. For those that prefer a bit of high-status bling on their wrist, a Rolex can be an understated, timeless and incredibly masculine accessory.

As the saying goes – boys look at their smartphones  to check time – men look at a watch.

Call it what you will, a quality luxury watch is a man’s equivalent to the engagement ring. 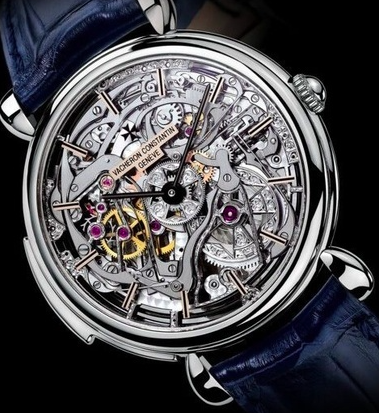 A wrist watch is more than a time-keeper. It is a symbol of tradition and history encased in a showpiece with extreme craftsmanship.

Not many men realize that they are wearing pieces of art on their wrist. Some watch houses have four craftsmen working on one watch for several months – designing complex pieces of technology by hand.

It’s detailed art at the higher end of human ingenuity and creativity.

An analog watch has a simple and consistent mechanism. The way of expressing it is where the bulk of the creativity comes in. Watch design is inherently artistic. There is a lot of generic and non-inspiring watch styles out there, but the best stuff is beautiful and how often do you call a tool beautiful?

Art on a watch can come in multiple forms. The dial can literally be a painting, or the design of the instrument itself is pure art. For many people – the movement arouses as much fascination as the dial and case.

Owning timepieces from a different era is a remembrance of people who lived before you. Having their watches makes you think of them, in a real way. They wore these same watches which show signs of use, care and love.

A watch collection is also a legacy. It doesn’t necessarily have to be worth a mini treasure – but leaving your watch(es) to someone you care about is in essence passing on values that were important to you, to someone else.

7. Watches Help You Create A Relationship With Time

Since the days of the sundial (and probably before) – men have been obsessed with devices that measure time. A reminder that our time is limited.

Wearing a watch has a positive effect on my attitude towards time. I am more attentive to how I spend my 24 hours.

Beyond the technical and mechanical intricacies of a watch – men  are fascinated by these devices that claim to mark and control time.

There is a passionate community of watch lovers who dive into the details of watch-making and collecting.

The only other obsession matched with the passion for this inanimate object is the passion men share for cars. A watch collection is far easier to maintain and less expensive as a hobby.

Everyone can rock a watch. Wearing a watch is a great way to add interest to an outfit, especially if you’re a guy.

Find a wrist watch that really stands out from the rest.

It could be the beginning of a long friendship.

We are Authorised sellers of Rado, Tissot, Calvin Klein, Citizen, Shock, and Various branded watches as well as sunglasses for the entire north Karnataka. Visit us at our store to check the latest collection, and also various offers. Customer Service is guaranteed – It’s our promise.